When are you liable as a guarantor?

When are you liable as a guarantor?

A recent Dunedin case, Kung v DVD Advance Ltd [2018] NZHC 3319 illustrates the problems which could come with holding a guarantor liable if the terms of the lease or the guarantee are not sufficiently clear. It highlights the special care required when acting for a landlord, to ensure any personal guarantees are enforceable.

By an Agreement to Lease dated 18 November 2013, Ms Kung (“Kung”) agreed to grant DVD Advance Ltd (“DVD”) agreed to take a lease of Kung’s Dunedin property for DVD’s rental business. The agreement was signed on the then Auckland District Law Society (“ADLS”) Agreement to Lease form. Kung signed the agreement as landlord and Mr Ferguson, the sole director of DVD, signed on behalf of DVD as tenant. In addition, Ferguson hand wrote “Gauranteed (sic) by DANIEL FERGUSON” and signed next to it.

There were two clauses in the Agreement to Lease that were relevant as follows:

The Court held as follows:

It should be noted that the latest version of the ADLS Agreement to Lease contains operative guarantee provisions and provides for the guarantor to sign as a party. These provisions include an obligation to sign the lease as guarantor. Also, the latest version of the agreement specifies that the form of lease to be used is the current ADLS Lease form. This therefore provides the certainty which the agreement in the Kung v DVD Advance Ltd case did not have.

However, when examining old agreements to leases which were entered into some time ago, there could still be the danger that a guarantor is not bound if a Deed of Lease had not been entered into, with the guarantor signing as a guarantor. It is not sufficient if they sign only as a director of the tenant. A guarantor must sign any renewal deed to ensure that they are bound under any renewed term of the lease.

The above again highlights how important it is to enter into formal deeds of lease especially where guarantors are involved.

The above article is for general information only. For specific advice, please contact Teresa Chan at Teresa Chan Law Limited. 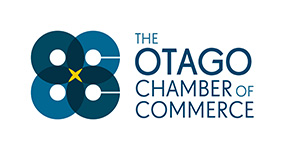 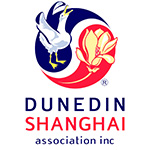